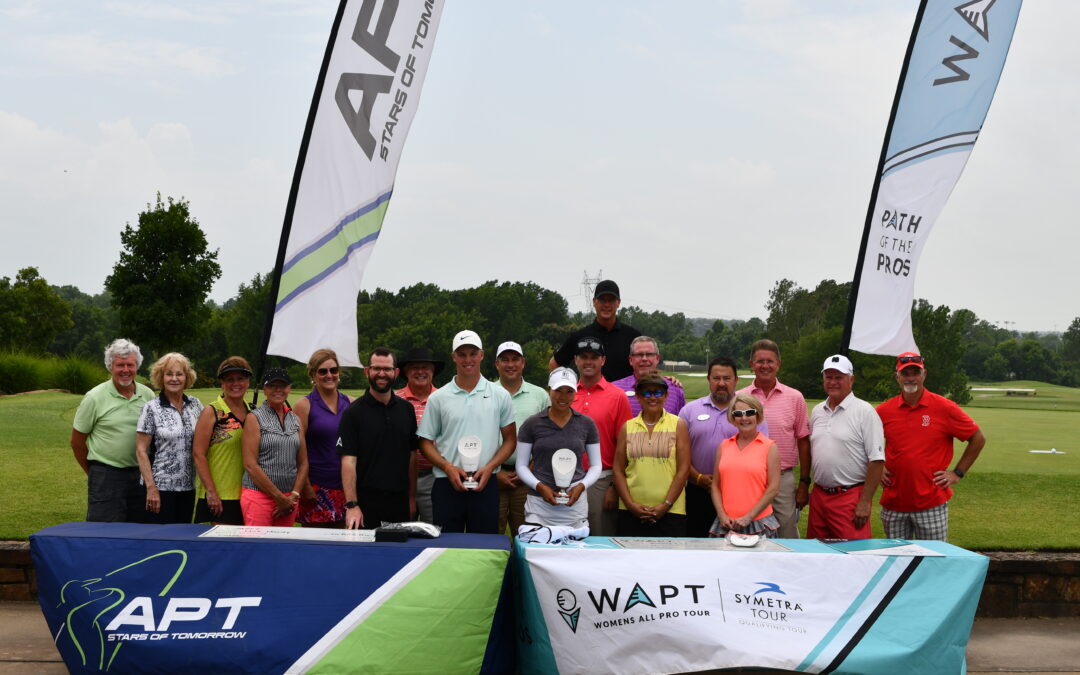 (Broken Arrow, OK) – This past week the Women’s All Pro Tour hosted the Supreme Lending Classic at The Club at Indian Springs.  Over the four-day event we saw a lot of great golf and have crowned a champion.

Throughout the four rounds Binny Lee (Frisco, Texas) sat at the top of the leaderboard along with Carley Cox (China Grove, North Carolina) and Savannah Vilaubi (Downey California).  The three were neck and neck heading into the final round with Lee (-2) holding just a 1-shot lead over Vilaubi and a 2-shot lead over Cox.  Down the stretch Lee was able to hold off her competition and sink her final par putt on the 18th hole to seal the victory. Lee finished at 3-under (285) for the tournament carding 12 birdies, 51 pars, and just 9 bogeys to claim the title.

Along with her first WAPT win, Binny Lee has earned exemptions into the DCM PGA Women’s Championship at the Ladies Golf Club Toronto July 2-4 where $10,000 will be awarded to first place and the Donald Ross Classic at French Lick Resort in French Lick, Indiana July 11-13 with a purse of $225,000.

The Women’s All Pro Tour staff would like to give a special thanks to Head Pro, Mark Budler, and his staff at The Club of Indian Springs for allowing us to host the Supreme Lending Classic at their facility and for their tremendous hospitality. We would also like to extend thank you to Superintendent David Jones.  The WAPT will take a three-week break before heading to Paris, Texas to kick off the final series of the year with the Kathy Whitworth Paris Championship July 16-19.