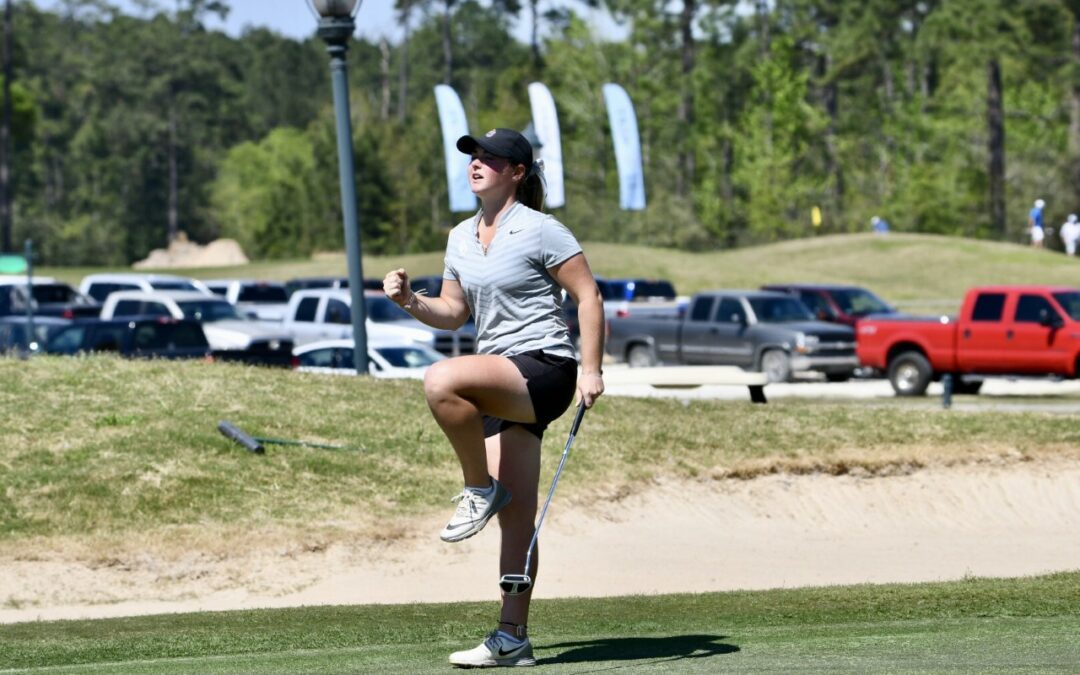 Like many others around the country, Tanguay went through qualifying school and did not make it through.  “It was a very stressful moment because you only have one shot.  You have to play very well to make it into stage two, which didn’t happen for me,” said Tanguay.  “It was a dreadful moment.”

Throughout the winter Tanguay worked on her game both physically and mentally to help her reach her goal for the year of playing on the Symetra Tour or LPGA Tour.  That was when Tanguay came across the WAPT and the opportunities it presents its golfers.  “When I saw the opportunity with the WAPT it made me very happy,” said Tanguay.  “Since it didn’t work at Q-School I had to do it because it gives you a shot to go on the Symetra Tour.”

The WAPT 2019 season has ten (10) tournaments played over five (5) series.  Each series hosts two (2) tournaments back-to-back where two (2) exemptions are given to the top two (2) of the series based on points earned.  Tanguay attended the first series in Louisiana where she finished T-8 in the Coca-Cola Dr. Pepper Open at OakWing Golf Course.  With a little work to do going into the second tournament of the series at The National Golf Club of Louisiana, Tanguay played excellent golf to force a playoff on the final day.  On the first hole of the playoff against Karah Sanford, Tanguay stepped up to her 12-foot putt for birdie and sank it to win the tournament.  By winning the tournament Tanguay earned an exemption into the Symetra Tour’s IOA Insurance Services Championship at Morongo Golf Club at Tukwet Canyon in Beaumont, California.

Going into her first ever Symetra Tour event Tanguay was confident because of the way the WAPT challenges the golfers.  “The WAPT does a great job of preparing girls for the next level,” said Tanguay. “The way they set up the golf course with pins and distance helps your game get stronger because it makes you think.”  Tanguay had a strong performance in California finishing T-17 and earning more exceptions into Symetra Tour events later in the year.

The WAPT provides a great opportunity for girls who didn’t make it through Q-School like Tanguay.  “It’s changed my life because it gave me an opportunity to play in my first Symetra Tour tournament,” said Tanguay.  “The WAPT has allowed me to reach my goals for the year.”

There are still up to eight (8) exemptions up for grabs this year.  Our second series is underway with two more exemptions to be passed out on Saturday at Beau Chene Country Club in Mandeville, Louisiana.