Q & A with Gabby Lemieux 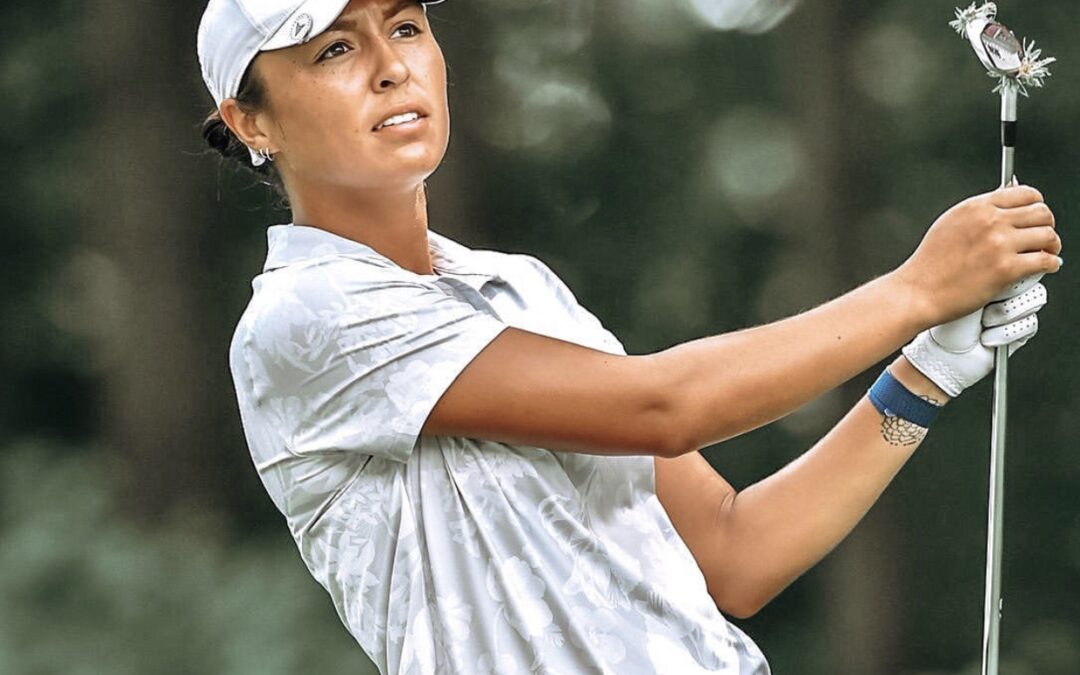 What were your goals going in the 2019 season?

“Coming into the year, I had two main goals and those were to get my golf game to as good as it could possibly be and to win for the first time as a professional. The year is not over so the winning goal isn’t out of reach yet. As for the other goal, I feel as if my game is in a great spot. I was able to play through both stages of Q-School and make it to Q-Series for the first time in my career. I had set some other goals when I learned that I would be playing on the WAPT and those were placing top 10 in all events, winning, and playing my way into a Symetra event to try to earn status out there. I set my goals high because I was confident in my game and felt that I had the ability to achieve these goals. I didn’t get to play my way into a Symetra event, but I was able to get into a couple through sponsor’s exemptions. I also achieved another goal and that was getting into an LPGA event and also making the cut, which I was able to do at the VOA earlier in October.”

How did you hear about the WAPT?

“I found out about it from my mentor, Notah Begay. He thought it was a great way to play my way on to the Symetra Tour and be able to play in more events for the year.”

How do you feel about the opportunities the WAPT provides its members?

“The WAPT provides SO many opportunities to its members. The players are getting to play very competitive golf, including 4 rounds with a cut; which comes in handy as you get to the upper tours and Q-School. That took my game to the next level on top of all the great courses we had the chance to play.”

What was your favorite stop on the WAPT this past season?

“My favorite stop was the last event in Texarkana. They did a tremendous job with hosting and setting up the course to play so tough. You really got to see how good your game was on the toughest course that we played.”

Do you feel that the WAPT helped prepare you for the next level?

“I don’t have any doubt in my mind that the WAPT helped prepare me for the next level. It allowed me to play against good players also while building great relationships with those players. It has given me the opportunity to feel the pressure of a cut, play some low scoring golf, and on top of that the feeling of WAPT tournament still has all the pressures.”

Shortly after the WAPT season concluded, you not only Monday qualified for the Volunteer of America LPGA event, but made the cut as well.

How special was that moment for you?

“First off, I thought making it into the tournament from Monday qualifying was amazing. It was something I was working hard for all year. To see it become a reality was such a great feeling. By far though, making the cut was one of the most special moments in my life. On the last hole, before the cut, I felt so nervous and all I needed was a par. I didn’t give myself the easiest chance to do that but all I remember is making a 10 footer for par and going over to my caddie/husband, Jared, and crying tears of joy.”

What was your mindset going into Q-School this year?

“My mindset was still set on winning. I have not won, and even winning a q school event would be amazing. Honestly, another thing I focused on was to go out there and play as hard and as consistent as I possibly can. If I do that then at the end of the day, I can be happy that I gave it my best shot.”

How special is it to have had Jared on the bag for you and go through this journey together?

“It has been so special to have Jared with me as my caddy. He has been someone to keep me smiling and happy out there on the course, even when things get rough. Not only doing those things, he has been able to really understand what it means to be a caddy. He has helped my game reach a new level and has gained a lot of knowledge about the game since we first started this journey. There have been plenty of times where he has made a great call, saving me some strokes out there on the course. Also, we’ve had the opportunity to travel parts of the country that we have not seen. As a married couple a lot of people dream to be able to do that.”

Now that you’re set to go to Pinehurst for Q-Series, what are you most excited about?

“I think I am most excited to play Pinehurst, also be able to play against some great golfers. This opportunity to play on the biggest stage, with the chance to achieve the dream I’ve had since I was 6 years old feels so amazing.”

“My biggest goal is to keep my goal of winning as well as having the most fun. Another goal is to get on the LPGA and play solid, consistent golf while I am out there. If I am having fun, there is nothing else I would rather be doing than playing golf.”