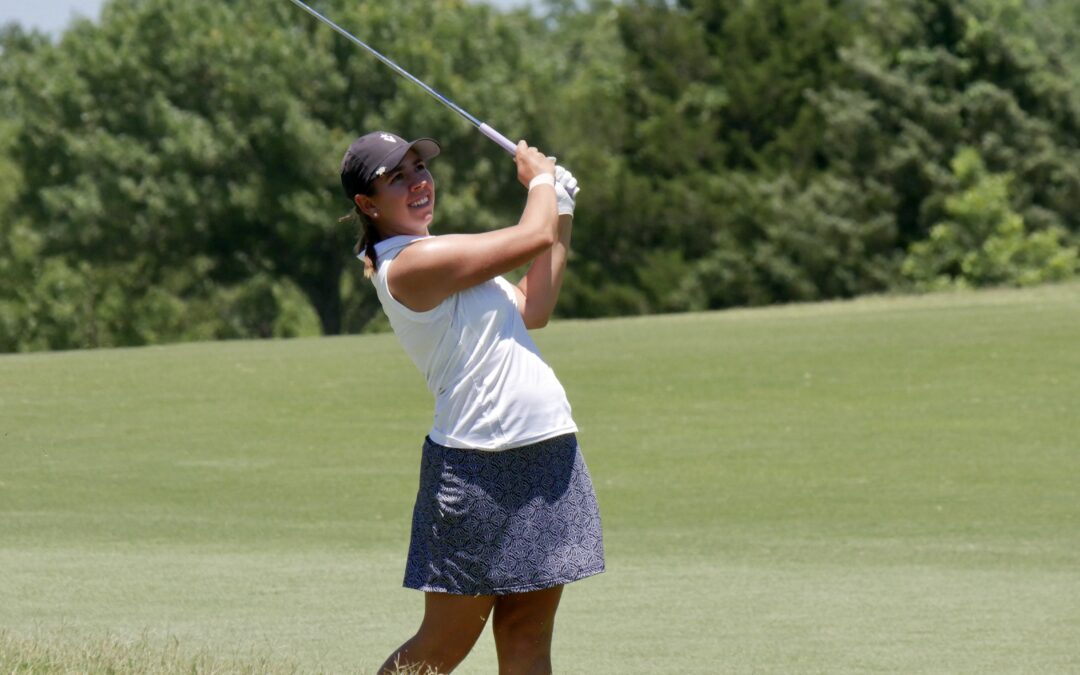 (Anna, TX) – The 2020 Hurricane Classic presented one of the strongest fields in the tour’s history and they didn’t disappoint.  After a slow start the first two rounds due to weather conditions, players were able to find a grove the last two rounds to post some low numbers.  2019 Symetra Tour Rookie of the Year, Kristen Gillman (Austin, TX) faced off against LPGA star Maria Fassi (Davenport, FL) and amateur standout Alexa Pano (Lake Worth, FL) in the final two rounds.

Picking up in the third round, Gillman started the round with 12 straight pars before lighting up her scorecard and finishing with 6 straight birdies carding a 66. Gillman carried an 8 shot lead (-11) heading into the final round over amateur Alexa Pano. Pano started the third round well, cutting into Gillman’s lead early but couldn’t keep pace with Gillman through the last 6 holes finishing even par on the day and to stay at 3-under overall after day three. Fassi would only shoot 1-under par in her third round to sit at 2-under for the tournament, nine shots back going into the final round.

In the final round Fassi posted the lowest score of the day carding a bogey free 66 (-6). Fassi applied pressure to Gillman throughout the day, but was not able to get closer than 5-strokes of Gillman. Fassi finished the tournament with rounds of 74/69/71/66 (-8).  Pano was able to finish third overall shooting 70/71/72/69 (-6). Being the official qualifying tour of the Symetra Tour, Pano will receive an exemption into an event later this year due both Fassi and Gillman being exempt.  Gillman was able to cruise to victory during the final round. Gillman shot a bogey free 69 (-3) to win the 2020 Hurricane Classic by 6-strokes.  Gillman finished the week with 71/68/66/69 (-14) to claim her first professional win as pro.

Next week the WAPT head to Paris, TX at Paris Golf & CC for the Kathy Whitworth Paris Championship. The first round will take place on Tuesday, June 16th with the final round on Friday, June 19th.