Ginger Howard: Woman with a Mission 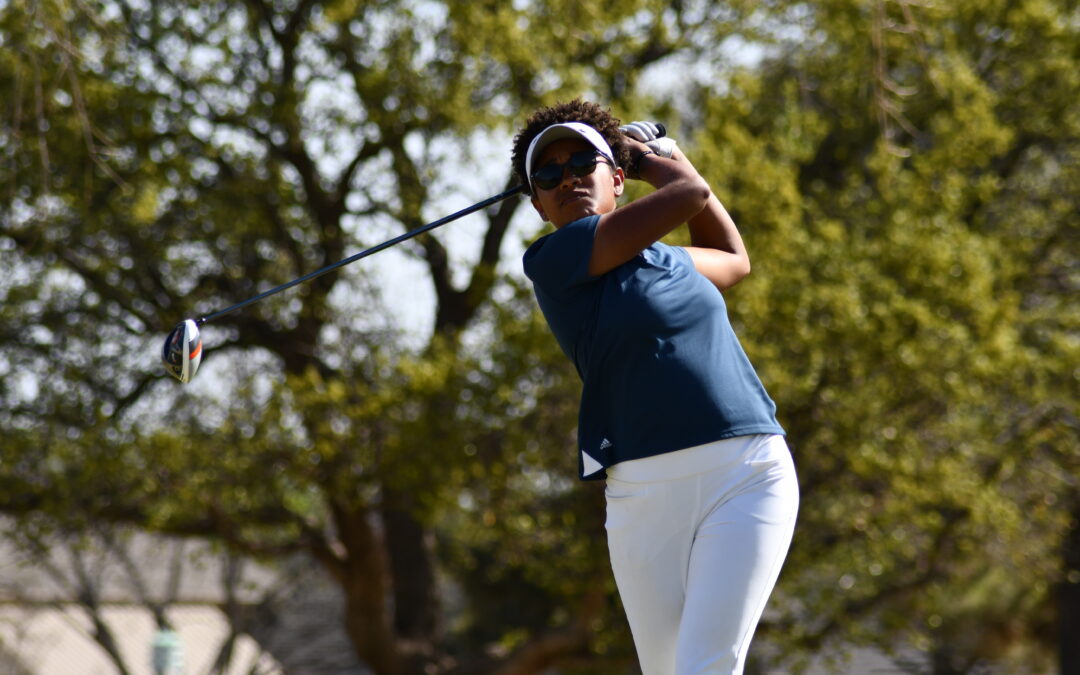 Ginger Howard is obviously a woman on a mission.  Well, several missions, actually.

Like all players on WAPT, Ginger’s first mission is “playing on the LPGA Tour, for sure.”  She’s played at that level already.  Getting there in the first place was quite a journey.  She had a distinguished junior career playing in AJGA and FCWT events.  The highlight was being selected to play in the 2010 Junior Ryder Cup at famed Gleneagles in Scotland (“my first time playing golf out of the country”).  It didn’t hurt that the US team won.  Ginger says, “It’s neat where golf takes you. . . It can take you around the world, but you’re still around the people you grew up with.”  As a teenager, Ginger also played in the 2010 Canon Cup, an amateur competition of teams from each side of the Mississippi River.  FYI, competitors in the boys section of the Canon Cup in 2010 included Justin Thomas, Ollie Schniederjans, Patrick Rodgers and Will Zalatoris.  Suzie Lee, a regular competitor on WAPT, was one of Ginger’s teammates.

Her early golf career was truly a family affair.  When she was a teenager, “my dad would travel with me, but was not on the bag.”  Ginger says, “I wasn’t even driving until I was … twenty-two.”  Her sister Robbi, a good golfer herself, was occasionally her caddie.

Based on her performance in Q-school, Ginger earned status on the Symetra Tour for 2012.  She turned pro that year because “I had support from my parents to do what I was dreaming.”  From 2012-2018, Ginger played over a dozen events each year on Symetra.  Her career on Symetra was solid, but not spectacular.  She had 4 top-five finishes and she made the cut in a majority of the events she entered.  But she says, “It was an up and down journey [that] didn’t really click until I was out there by myself” starting in 2016.

For 2016, Ginger earned conditional status on LPGA.  She made her LPGA debut that year.

Because of chronic shoulder and knee injuries, Ginger had to stop playing competitive golf at the end of 2018.  “I was still itching to play. . . I knew I wanted to be out there, but I had to focus more on my well-being.”  During her layoff, Ginger worked hard to rehab her injuries.  This was also a time of spiritual growth and personal development.  “I didn’t start to dive into my calling until the time away… not just my health, but how my heart is.”  Because of her journey during the two years off, Ginger says she can “go into the game of golf now a lot freer.”

Another of Ginger’s missions is to accept the responsibilities and obligations that come with being an African-American golfer.  She was the first African-American to ever compete in the Junior Ryder Cup when she played at Gleneagles.  She’s the seventh African-American ever to play on the LPGA Tour.  (The first, by the way, was Althea Gibson, who was best known as a tennis player who won the French Open, Wimbledon (twice) and the US Open (twice) between 1956 and 1958.  Gibson played 171 events on LPGA between 1963 and 1971).  Ginger’s thankful that she got some help from other trailblazers: “I have a few friends… that I came to know as big sisters… Shasta Averyhardt, Cheyenne Woods, Sierra Sims.”  One of Ginger’s missions is to participate in golf clinics and act as a role model to welcome other players of color into the game.  “It’s great to see the game of golf grow so much in diversity… One of my goals is to encourage everybody else… It’s awesome to carry that history… I just want to be a role model to anybody that is looking up to me, not just one race… It is neat to carry that history.”

Another mission for Ginger is just making her world a little nicer and a little kinder.  In person, she finds it’s “just the little things, saying hi, asking how volunteers and spectators are doing… having good manners, good behavior, being honest… Young girls of any color can look up to a professional golfer… and have them as a role model… a positive example in life.  I try to be conscious of how I act… be more poised, more humble.”  She tries to use her social media presence to answer questions and offer support to the people, especially young girls, who contact her.  “We need to be more encouraging, be that light… in anything I post or say to somebody else.”  She also takes to heart being a role model on and off the course.  She says it’s important to thank volunteers, acknowledge spectators and let people know she feels blessed to do what she does for a living.  She believes in growing the women’s game one new fan at a time.

A major step in Ginger’s return to professional golf was WAPT’s first event of 2021, the Mackie Construction Ladies Professional Championship held in April at Abilene Country Club.  “I had heard of WAPT in 2020, but didn’t consider myself ready to compete in the events until the start of this year.”  So Ginger signed up for this year’s first event in Abilene.  “I started the week with no high expectations.” Ginger shot -4 on the final day to win by two.  “I honestly was not looking at the leaderboard that final day… That took off a little pressure… (My caddie helped me to) focus on one shot at a time and remember that whatever happens is meant to happen… It was a good feeling, a nice start to the season.”

Ginger’s very grateful for the opportunities WAPT provides.  “I do enjoy playing on WAPT… Gary DeSerrano and his staff make each week feel special and there is solid competition amongst the players… We are all just trying to make it… I look forward to what the rest of the season will bring!”

When you see Ginger on the range, take the time to say hello.  Chances are, she’ll be the one with the big smile on her face – because she’s happy to be back and happy to be here.