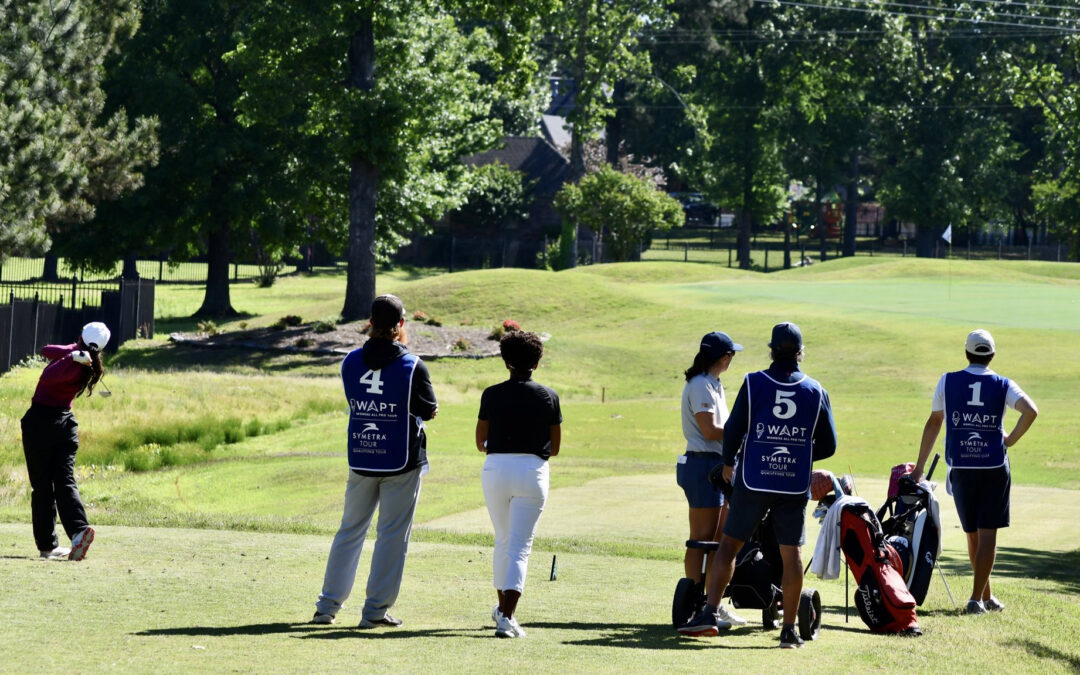 After the fifth tournament of the 2021 Women’s All Pro Tour season, the Race to Stage II rankings saw a bit of movement thanks to several strong performances at the second annual WLN Central Arkansas Open.

Fernanda Lira Solis (Mexico) holds the No. 1 spot for the second consecutive week after her win at the Mountain Ranch Championship and T-11 performance at the WLN Central Arkansas Open giving her 843 points.  Alison Muirhead (Scotland) was able to improve her spot to No. 2 in the standings with 716 points before going back to the Ladies European Tour.

Pauline del Rosario (Philippines) moves into the No. 3 spot after just two starts on the WAPT.  Her third-place finish at the Mountain Ranch Championship and win at the WLN Central Arkansas Open give her 705 points.  “This marks my ninth win professionally,” said Del Rosario.  “I came over to the states to play on the WAPT because of the opportunities it gives players to advance.  I’m excited to have my first Symetra Tour start.”

Ginger Howard (Bradenton, FL) remains in the top-five at No. 4 with 641 points and following her rounding out the top-five is Binny Lee (Frisco, TX) with 610 points through her two WAPT starts.

At No. 6 is Mariel Galdiano (Pearl City, HI) after a second-place performance at the WLN Central Arkansas Open and season points total 471.  Dorsey Addicks (Big Sky, MT) remains in the top-ten for the third consecutive week at No. 7 with 408 points.  Following close behind are Jessica Provasnik (Hinckley, OH) with 367 points and Amanda Kim (O’Fallon, MO) with 329 points.

Rounding out the top-ten is Ann Parmerter (Addison, TX) 315 points through her three WAPT starts.

At the end of the season, the top-five players in the Race to Stage II will receive exemptions into Stage II of LPGA Q-School.