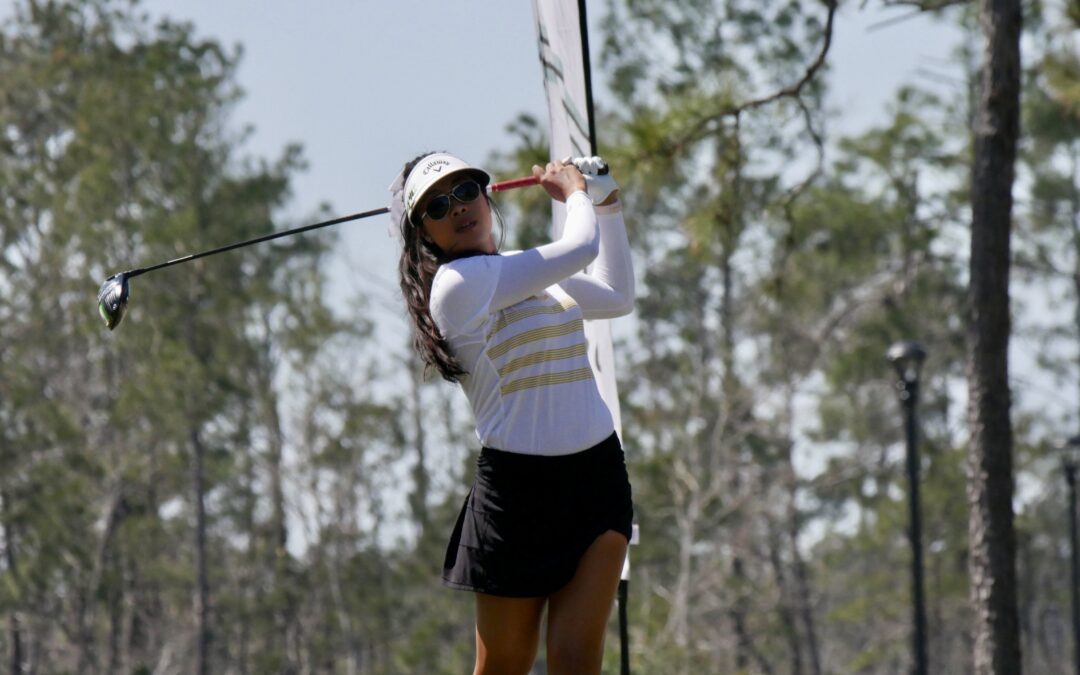 Last week at the Houma Golf Classic, Brittany Fan finished in a tie for second place. While this seems like a major highlight for most players, with the WAPT and Epson Tour partnership, only the top-2 finishers earn exemptions into an Epson Tour event later in the year. Due to the tie in second, Fan and her playing partner, Kathleen Scavo, had to go to tie-breakers to decide who will get the final exemption.

The first tie-breaker is accumulated points for the WAPT season. With the Houma Golf Classic being the first tournament of the year, the players were tied with 0 points. The second tie-breaker is their year-to-date scoring average. The players in the tie-breaker shot the exact same scores for rounds 1-4, meaning their scoring averages were the exact same due to it being the first event of the year. The third tie-breaker is the lowest final round score at the current event; the players shot the same score in the final round. Meaning, the tie-breaker eventually came down to a scorecard playoff to decide who will get the final exemption.

The scorecard playoff would start on hole #18 and work backwards until someone recorded a lower score. Both players made par on #18, so onto #17 it went. Kathleen Scavo recorded birdie on #17 to win the scorecard playoff and earn the exemption into the IOA Championship on the Epson Tour later this year. This is where the real fun comes, Scavo already earned an exemption into the same event earlier this year due to a victory on the Cactus Tour. The current rules in place with the Epson Tour and WAPT partnership, the exemption could not be passed to Brittany Fan.

The 2020 season on the WAPT was the last season exemptions were able to be passed down the leaderboard if the players in front of them already had status on the Epson Tour or they earned a spot in the field another way. It happened twice in the 2020 season, with Karen Kim at the 2020 Babe Zaharias Open and Sarah White at the 2020 Texarkana Children’s Charities Open. Sarah White would go on to win the event she was exempt into (The Founders Tribute at Longbow Golf Club) thanks to the exemption being passed down.

The IOA Championship heard about the heartbreaking way Fan lost the exemption and decided to do something about it. Thanks to the generosity of the IOA Championship and the IOA Insurance Services, they have awarded Brittany Fan a spot in the field at the IOA Championship presented by Morongo Casino and Resort & Spa which is set to take place March 25-27 at Morongo Golf Club at Tukwet Canyon in Beaumont, CA.

“I am beyond grateful and excited about the exemption! It was a totally unexpected and wonderful surprise and it just goes to show how much the sponsors and tours care about players,” says Fan. “This is a challenging journey and part of getting to where I want to go is by having the opportunity to compete in events like these. I really appreciate everyone’s recognition and can’t wait to play next week.”

Brittany Fan and Kathleen Scavo are both set to participate in the Coushatta Tribe of Louisiana Open which starts today (March 15th, 2022) as they will both look to earn another exemption into the Epson Tour’s Casino Del Sol Golf Classic.  The two are paired together for the first two rounds teeing off this afternoon at 1:20 PM CT and tomorrow morning at 8:00 AM CT.  Follow the leaderboard on our website WAPT.golf or on social media. Instagram @womensallprotour twitter @WAPTGolf